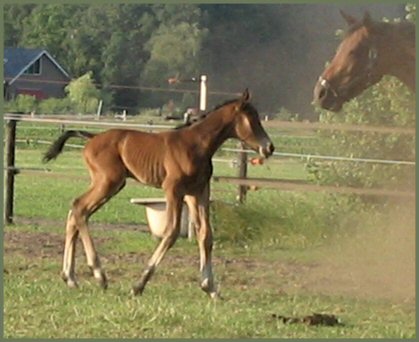 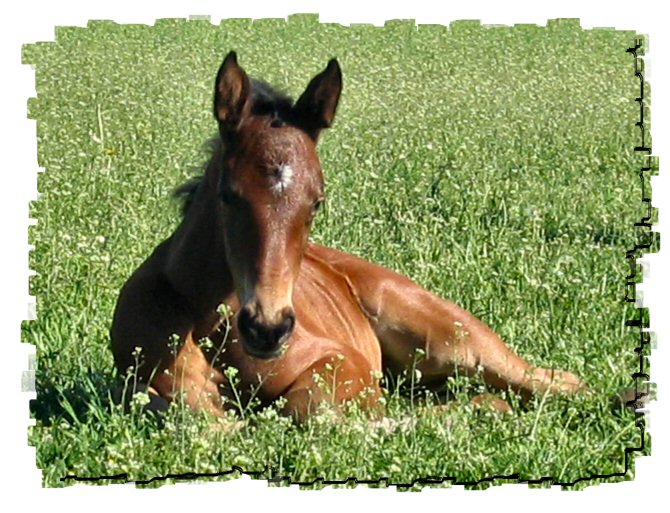 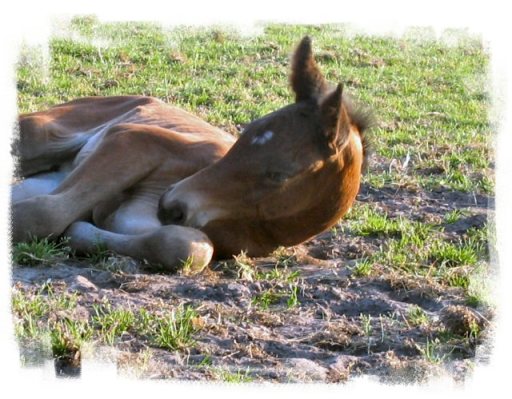 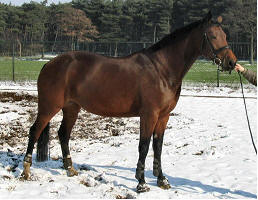 Numero Uno x Grosso x Ramiro - you can see more photo's in the album, see the link in the navigation bar.

Zen Senti will be trained as a jumper, she has an enormous take off and loves to jump already. 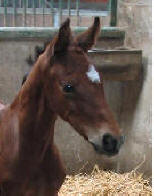 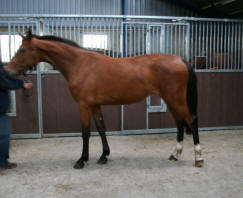 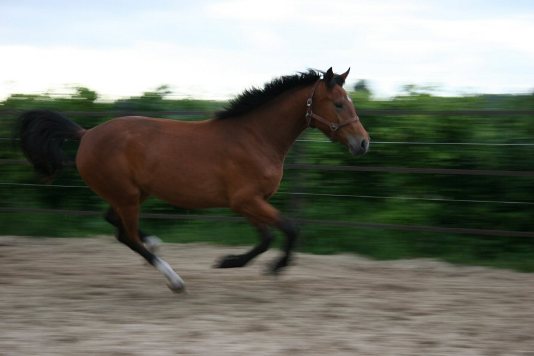 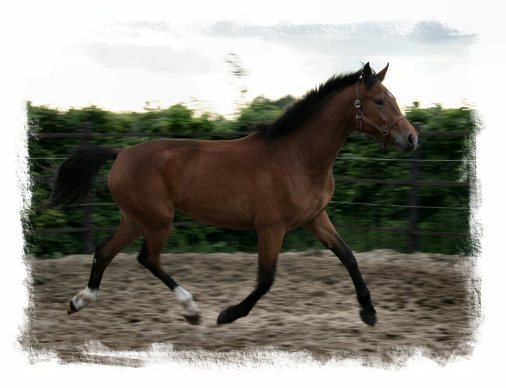 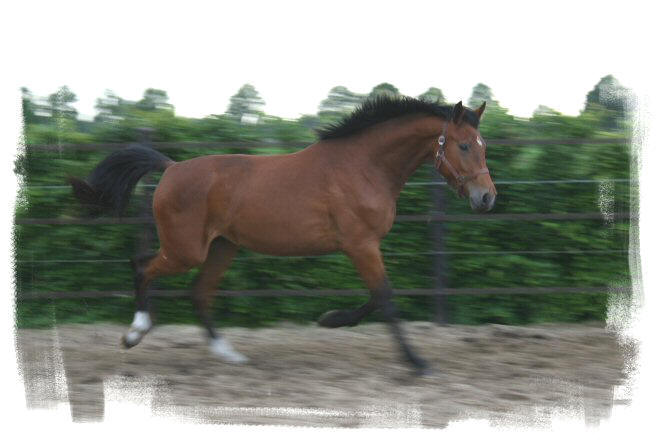 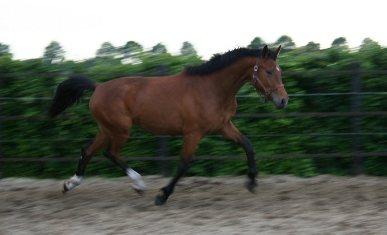 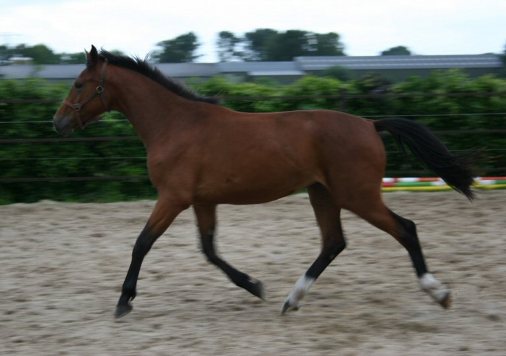 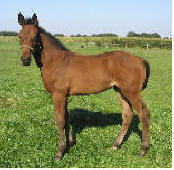 Out of a sister of

Pays Bas’ performance family the breeding family 220, provided the following sport horses with their last achieved result. Because many horses are now competing abroad I don't have all the results. If you know horses in the US or elsewhere please let us know.

Pays Bas  is a lovely mare who performed 3rd level dressage. She got in 2004 a filly by Numero Uno is declared Elite now. A dream pedigree ! We purchased Pays Bas from her breeders Mr. and Mrs. Eykenboom (also breeders of Zeoliet). Dam Joie Jument (Keur Elite Preferent  (almost Prestatie)) is the full sister of Zeoliet out of the Keur Preferent Prestatie mare Sargab. Joie Jument has been reserve Champion of Limburg twice, and has been invited to the UTV twice too. Joie Jument performed 4th level dressage herself just as her siblings Wirbelau and Bauxiet. Zeoliet performed ZZ, which is just below Prix St George. Pays Bas comes from the breeding family 220 with the foundation mare Ilinda.

Grosso Z, this name stands for a stud who made career all over Europe. He won with almost 150 points the stallion test in
Warendorf and is still very successful in covering. He passes his Jumping and Dressage abilities to his progeny with high breeding values in Jumping as well as in Dressage. Self he was successful in Dressage in the S class and Prix St George as well as
Intermediair I. His sire Goliath Z was likewise internationally successful. Goliaths dam Heureka is also the grandam of Ratina z, one of the most important jumpers of the nineties ridden by Ludger Beerbaum. Mother Fühsin Z brought several auction horses out, and with Cor de la Bryere also the approved stallion Cadence Z. Grosso Z, Father of various foal champions, top auction horses and foals, successful Bundeschampionats participants, numerous Staatspraemien mares, in the meantime 14 approved sons, as well as a number of sport horses in Dressage and Jumping, successful up to the highest class, world-wide.

Further on successful courses is Ludger Beerbaum with the stallion Goldfever. In Dressage on Grand Prix level is highly successful with a descendant of Grosso Z vice world champion Beatrice Ferrer Salat and with Gina Royal has Ellen Schulten Baumer a high-successful mare in sport.Grosso is certified for Hanover, Oldenburg, Rhine country, Westphalia, Hessen, Rheinland Pfalz Saar, Baden Württemberg, Ost Deutsche Zuchtverbände, Belgium, Denmark, KWPN, Italy and France.
You will also find his name within the best 10 stallions according to the WBFSH. Grosso‘s index for Dressage is 121 and for Jumping is 122.

Just like Ramiro Z; who you also can see in this top 10. Ramiro was active as a jumper himself but equaled by his offspring or even bettered him in the competition ring. Among them were Olympic horses Ramzes, and later Ratina Z who won a team gold medal in 1996 Atlanta Games with Ludger Beerbaum. 3 Years ago he earned the title Stallion of the Century, because of his contribution to the breeding of first class breeding and sport horses.
Pays Bas has delivered by the Florestan I son Future a beautiful filly Allez-Allez. Photo of Zen Senti (Numero Uno x Grosso Z) below at the page and of course in her photo album. In 2006 she delivered a beautiful strong lined Indoctro filly. Pays Bas got a beautiful filly by Carolus II (Carolus H) ridden before and owned by Shuyler Riley. In 2010 filly by Charles de Gaulle.